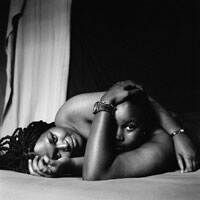 But Is It Art? Arts Minister vs Lesbian Art
Image: Courtesy of the Artist's website.


Isn't Art a fine tool to evoke emotions? Isn't it a wonderful vehicle to expose ignorance, area of opportunity or just a platform to enable individuals to share, teach and create awareness?
Most might answer yes while some might reciprocate with BUT IS IT ART?
I will not attempt to answer the question “BUT IS IT ART?” the one which has been asked since the inception of art but I will say this:
My believe is that such a question arises when an artist has successfully created a piece or a body of work that not only raises a few eyebrows or hits the viewer with pure honesty but also sends others such as Lulu Xingwana the South African minister of Arts and Culture on what some industry peers called homophobic frenzy.

Here is a young black woman who is not only well commended in her area of expertise but also courageous enough to confront a subject matter that touches people in many varied ways, black women sexuality. Among other things, through her work Muholi has brought to light what black lesbians in South Africa (and beyond) have to endure in their daily existence including hate crimes from members of the society who so desperately need to be educated about [this].
The Minister of Arts and Culture slammed her work at the Opening of an exhibition in Constitution Hill (Johannesburg, South Africa) calling [it] immoral, pornographic and also saying her department services a mandate that promotes social cohesion and national building. According to tonight.co.za the minister further mentioned that she left the show before delivering her opening speech because Muholi’s work expressed the opposite of her department’s mandate.
My question is where is national building when those in prominent positions with the resources to assist in bringing the nation together contradict their own decree, by failing to appreciating the artists’ point of conception? I believe such people as Xingwana need to lead by example in doing away with marginalising what may seem “other” in the society due to lack of education.

In a brief conversation with Muholi, she said she was afraid the minister’s reaction may create the worst hate crimes against black lesbians in South Africa, the very thing which her work attempts to address by showing humility and vulnerability of the women in her photography.

Since Xingwana is in no possession of formal Art education, one wonders what kind of pieces would constitute her body of work - that is if she made time to study towards a qualification in Arts.

Perhaps as people, we should stick to what we know best, support where possible, teach where a lesson is due and appreciate others’ reasons for doing what they do. 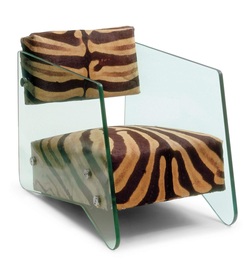 Looking into the future [they] could see science, industrialisation, urbanisation, economic growth and political interaction worldwide. These were the notions of the world greatest thinkers and scholars of the 19th and 20th century. The industrial revolution in England rapidly spread across Europe and the United States and ultimately across the world due to colonialism. Among the discoveries of this revolution; machinery, plastic, automobile manufacturing were some of the predecessors of tools that have become an integral part of our daily existence in the global society such as radio, telephone, electric light, computers, etc.
According to history lessons; this revolution did not go down smoothly because with great ideas came wealth and with wealth came power and that lead to the ultimate greed and as a result war became inevitable, resulting in 1914 - 1918 war followed by World War II which claimed its undying mark globally.
During this pivotal time in history the artists were also present and as their trade required; they made their comment/point through varied media.

The 19th and 20th century introduced great schools of art with such movements as Modernism, Impressionism, Avant-Garde, Expressionism; Fauvism, Futurism, Surrealism, Art Deco is no exception as one of those movements which became a platform for the artists to make their comment on the current sociopolitical stance.

It gave me such pleasure to be able to attend an exhibition; Art Deco 1910 - 1939 at NGV last week. Every year for the past five years Melbourne has hosted some of the world acclaimed shows. Among the previous landmarks were: Picasso: Love and War in 2006, Dutch Masters in 2005, Impressionists in 2004 to name but a few.

With its glamour and streamlined products, Art Deco chose to make its mark in a positive manner that celebrated the future possibilities of Industrialization. Lead by pioneers such as Coco Channel, Paul Colin, Josephine Baker, Jeanne Lanvin and others, Art Deco exudes elegance and proves how people celebrated life amidst the depression of war. The movement showcased art objects as an essential luxury that the elite society could not afford to be without.
This idea was encapsulated in Paris Exposition of 1925 - International artists were invited to participate in this grandeur exhibition and the idea was to emphasise art and design as a necessary luxury for the society and to uphold Paris as the world’s capital for lavish items.
Art Deco presented functionality and commemoration of design in a glamorous fashion evident from the automobile to plastic cased radios to elegant evening garb and mostly the way to reach exotic destinations in the grand luxury liners and streamlined trains.
Sourcing from Africa, Egypt, Japan and other movements of the century, the collision of ideas and references made Art Deco stand out.

Gyrating vigorously in her little banana skirt, Josephine Baker became the epitome of the Exotic reference in Paris at the time. With her unstoppable shimmies and the swirls within her banana skirt, Baker represented the ultimate Avant-Garde. She was able to embrace and subvert the stereotype while sexually liberating the female body. The movements of her body suggested the rush of the female body in a male’s position. She also created the disturbance of the European ballet equilibrium. This is the power that art has and to this day those with the capability of rocking the boat remain at the fore of their game.

There is so much to say about this particular exhibition but one thing is for sure…next time you touch your iPhone screen and shuffle through your iPod while gearing up for a cruise controlled drive under the electric street lights think of those who saw all those possibilities and say a silent thank you.

Visit the gallery on http://www.ngv.vic.gov.au/